You have 0 items in your basket | View basket 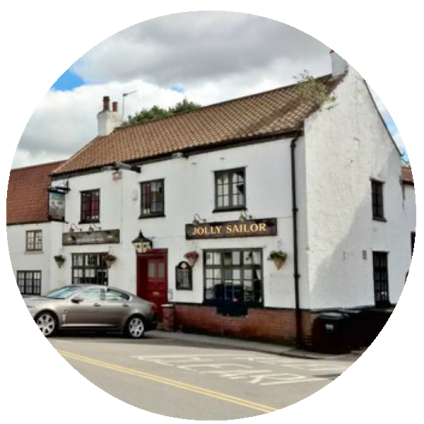 Set in the historic Yorkshire Village of Cawood (10 miles south of York and 4 miles west of Selby), the Jolly Sailor Inn has been providing hospitality since 1840. The current owners have been brewing their own beer since 2012, this follows a tradition of brewer/landlords based at the pub. The pub serves 6 real ales brewed by the Jolly Sailor Brewery (now based at the Olympia Hotel Selby). Keg beer, lager and cider from the Marston’s portfolio are also served.

As well as great beer, the Jolly Sailor pub also serves up entertainment in the form of:

Music night: Every 2nd Thursday of the month 8.30 onwards (local musicians try out their latest material)

The pub is also equipped with Sky and BT sport.

The inn has two letting rooms available directly or through booking.com. The village has an amazing history and is well worth a visit to appreciate its significance in the history of the UK.

Book a stay with us by following the link below:

At the time of the English Civil war Cawood had a very large castle, it is fascinating to find how large the castle actually was, the attached Cawood Castle Walk is a guide to doing this. The reason for building a fortification at Cawood probably relate to the Viking era.

The tidal inrush up the River Ouse to Cawood is strong and fast. Viking craft would use the tide to take them to Cawood and then invade nearby York and the surrounding countryside.

The most famous invasion was that of the Norwegian King, Harald Hardrada, who planned to take the English throne in 1066. He landed with an estimated 200 ships carrying 10,000 warriors and a further 2000 supporting personnel. The scale of the landing is quite amazing as a Viking ship was typically 80ft long. This suggests that the moored ships would stretch from the Wharfe’s mouth (just upstream from Cawood) back down the river to Riccall, a distance of at least 3 miles (this estimate assumes the ships were moored in single file with no spacing between them).

A relic from one of the many Viking raids and invasions that occurred around this time is the famous Cawood Sword. This late Viking sword was found in the river at Cawood and the original is now kept in the Yorkshire museum. A replica Cawood sword is displayed in the Jolly Sailor.

It is probably because of the regular invasions and raids that a castle was built at Cawood. By the time of the English Civil War the castle had become very large indeed although its original purpose had probably been forgotten.  Consequently after the civil war the decision was made to abandon the castle and make it untenable. The accommodation at the Jolly Sailor looks onto the remains of the Castle which although a substantial building is only the gatehouse of the original castle. 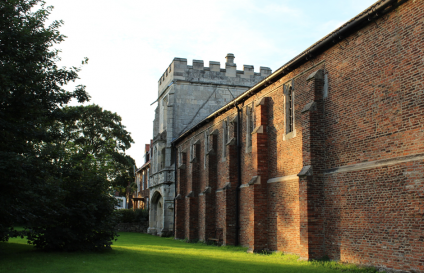 The castle gatehouse as it is today (viewed from the garth)

Please follow the link below for our guide to a historic walk around Cawood: