You have 0 items in your basket | View basket

The Vision of St Germain 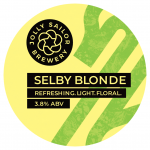 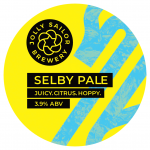 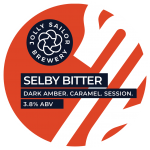 Our all new Selby Swan pump clips and bottle labels are inspired by the very story that supposedly brought the market town of Selby into existence.

Benedict, a French Monk, experienced a vision by God where he was called by St. Germain to start a new monastery at "Selebiae".

In his vision he was told the site would be marked by the presence of three swans.

Benedict undertook a great journey from France to England but first took a wrong turn, confusing Salisbury with Selebiae.

He then ventured through King's Lynn until finally resting at the bend of the river Ouse at Selby. Three swans alighted the river at this point and he knew this was where he was to build his Abbey.

950 years later, Selby Abbey still stands proudly over it's little market town along with our own slice of Selby, the Jolly Sailor Brewery.